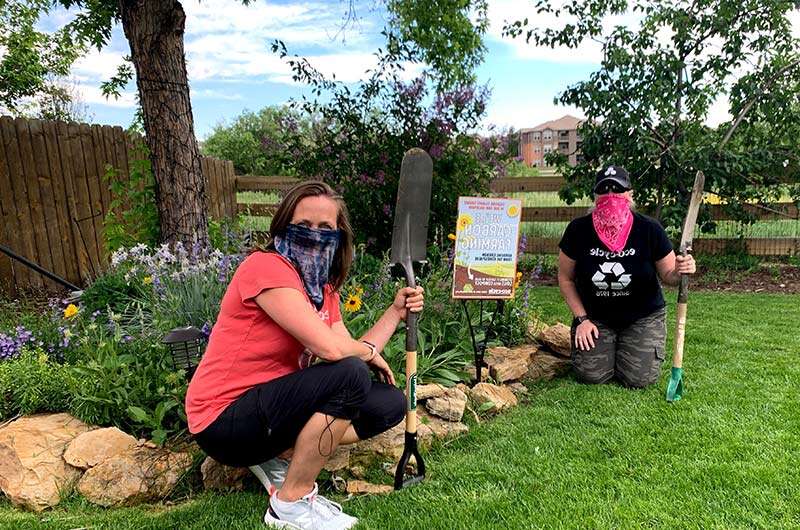 Part three in a series of blog posts that tells the story of how Eco-Cycle and LandPKS came to collaborate.

This article is part three in a series that tells the story of how Eco-Cycle and LandPKS came to collaborate. It also tells a bigger story: one about synergies between organic waste management and soil health. If you haven’t yet, read part 1 and part 2 first.

Since leaving organic farming and joining the Boulder non-profit Eco-Cycle in 2011, educating people about the connection between soil health and climate change has become Dan Matsch’s mission. Inspired by the Marin Carbon Project, one of the first documented instances of carbon farming, Dan became fascinated by the carbon sequestration that takes place when compost is applied to soil. Since then, he has been working on various projects at Eco-Cycle to promote soil health.

“What’s happened is this,” Dan explains: “we’ve interrupted the circular economy that nature had already established: the cycle of returning nutrients to the soil, which restores the nutrient density for the foods we eat. That is one reason why a carrot today is not as nutritious as a carrot that was grown in the past. We need to recreate this circular economy.” In addition, compost-amended soils are less susceptible to erosion, so instead of farming causing topsoil loss, it actually builds topsoil.   “Building soil can help address 3 of our biggest problems: climate change, topsoil loss, and soil nutrient loss,” says Dan.

Though the benefits of adopting practices that foster healthy soil (also called “building soil”) may seem to clearly outweigh the costs, as a former farmer, Dan understands the challenges involved in large-scale changes in the agricultural sector. He explains, “Farmers have to be risk averse. We have to be conservative, because the margins are so thin. You don’t just buy a piece of equipment, or say you’re totally going to change your practices, unless it’s part of your larger plan.” There has to be even more of an incentive for farmers to do this, Dan argues. So, instead of directly trying to get farmers and ranchers to change their practices, Dan seeks to create demand for good soil health outside of the agricultural sector. 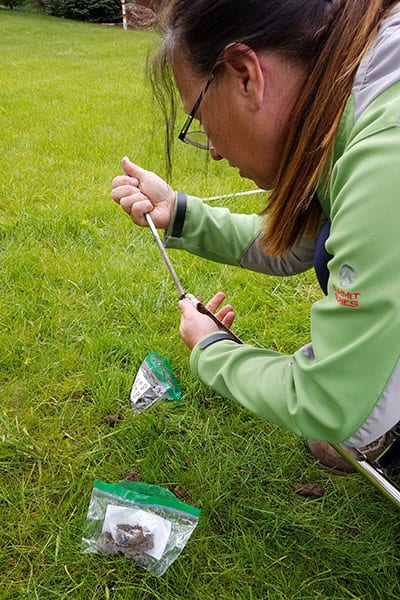 “We felt like Eco-Cycle had a role to play in creating this demand by educating people,” he explains. In the spring of 2019, Eco-Cycle began its Community Carbon Farming Campaign to involve people in Boulder as citizen scientists to learn about sequestering carbon. Through this project, which is part educational message, part science experiment, Eco-Cycle hopes to create a sense of understanding of the value of building soil among consumers and people who work outside of the agricultural sector.

After the first year of the project, the Eco-Cycle carbon farming team realized that they required more knowledge about the soils they were testing. In 2020, Eco-Cycle partnered with LandPKS to collect soil data for the carbon-farming program. LandPKS trained participants to determine soil texture, for example, by conducting the “ribbon test.” Because knowing the texture of the soil on your land is so important for grasping the potential of that land, Eco-Cycle wanted to provide an easy and accurate way for participants to understand why their soil was responding to the experimental treatments like they were. For example, Dan explains, “if you have a sandy soil, your land doesn’t have as much potential as if you had a loamy soil. Or if your A horizon is clay and your B horizon is sand and it has a bunch of aggregate in it, you’re going to be struggling to hold onto water and nutrients.”

The additional data and understanding provided by LandPKS proved to be valuable to the program’s participants. Reflecting on her past year as a volunteer carbon farmer, Kristi Meyer said, “the value of soils is huge and people don’t realize it. It was all brand new to me. I thought it was fascinating to determine soil types. We’ve definitely enjoyed getting dirty and talking to our neighbors about the process.” Another participant, Kim Orr, said that, using LandPKS for the past year, “it became clear to me why it’s important to know what your soil is made out of. If you know that, you know what you can plant, how to amend your soil, and how much water it needs. That’s fascinating and useful to me as a gardener.” 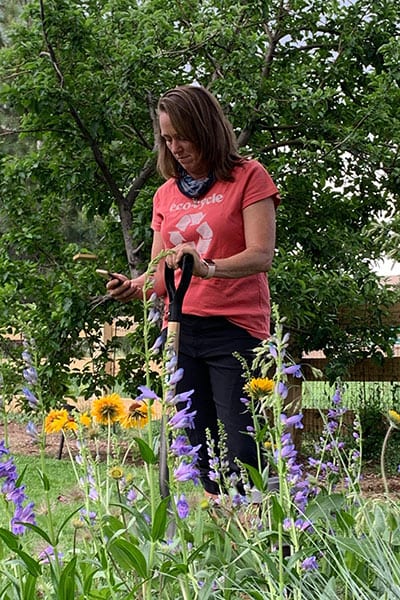 Kim Orr, an observational carbon farmer with Eco-Cycle, collecting data in the field

In terms of creating demand for producers who build soil, the program seems to be working. What if there were a Soil Builder certification, similar USDA Organic certification, on food packaging, I asked Kristi and Kim? Both said they would seek it out in the grocery store. “I would buy it, I would look for it, I would tell all of my friends and family about it. I feel like I would have been interested in soil health before, but now I know why and how important it is,” Kristi said.

The partnership between Eco-Cycle and LandPKS will continue into the program’s third and final year. In summary, Dan says, “LandPKS is in this suite of tools that I think is going to be super useful for making this connection between building soil and addressing these three global challenges. We’re all on the ride together. So what I’ve learned is that there’s a lot we have left to learn, but we’re on a hopeful track.”

Learn more about being an observation carbon farmer and sign up here.

Note: LandPKS has recently launched a new version of the app with an expanded SoilHealth module, based on the revised NRCS soil health in-field assessment protocol. Keep an eye on this blog for further updates, training videos, and insights about soil health, and be sure to download the latest version of the LandPKS app onto your device.