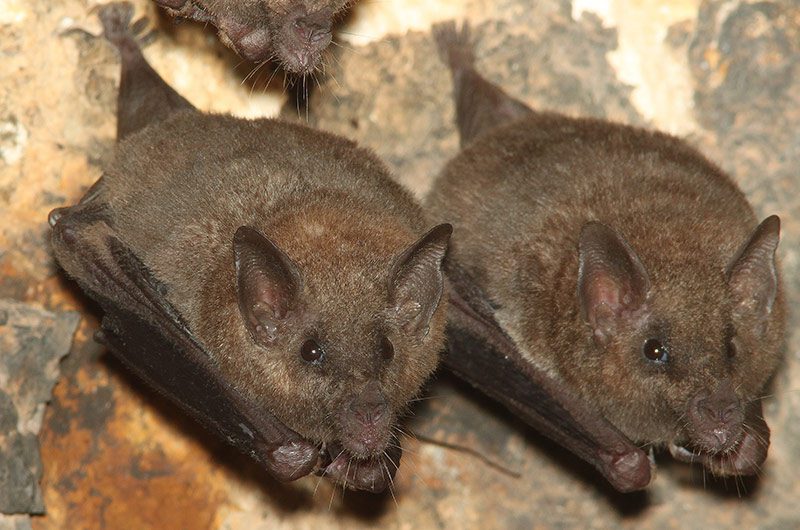 The lesser long-nosed bat pollinates saguaro, cardon, and organ pipe cactus and agave flowers. As the bat feeds on the nectar, the bat’s face and neck fur become covered with pollen. Lesser long-nosed bats also disperse the seeds of the columnar cacti fruits by feeding on them.

The lesser long-nosed bat is found in Arizona, New Mexico, much of Mexico including Baja, and into Central America.  Being migratory, female bats move north following the blooming desert flowers in the spring.  They spend summer months in the United States and northern Mexico moving south for the winter. Lesser long-nosed bats typically roost in caves and mines, as well as buildings, bridges, and trees.  Males roost separately from females and babies. Many males stay in Mexico year-round.

The lesser long-nosed bat pollinates saguaro, cardon, and organ pipe cactus and agave flowers. As the bat feeds on the nectar, the bat’s face and neck fur become covered with pollen. Lesser long-nosed bats also disperse the seeds of the columnar cacti fruits by feeding on them.

In the United States, lesser long-nosed bats live in desert scrub, desert grasslands, and Madrean oak woodlands that support agaves, saguaro and organ pipe cacti, and other flowering trees. In Mexico and Central America their preferred habitat is tropical deciduous forests and thorn forests. The lesser long-nosed bat feeds exclusively on the fruit and nectar of night-blooming cacti such as saguaro and organ pipe, and many species of agave. While they concentrate in roosts, their foraging habitat is very extensive. 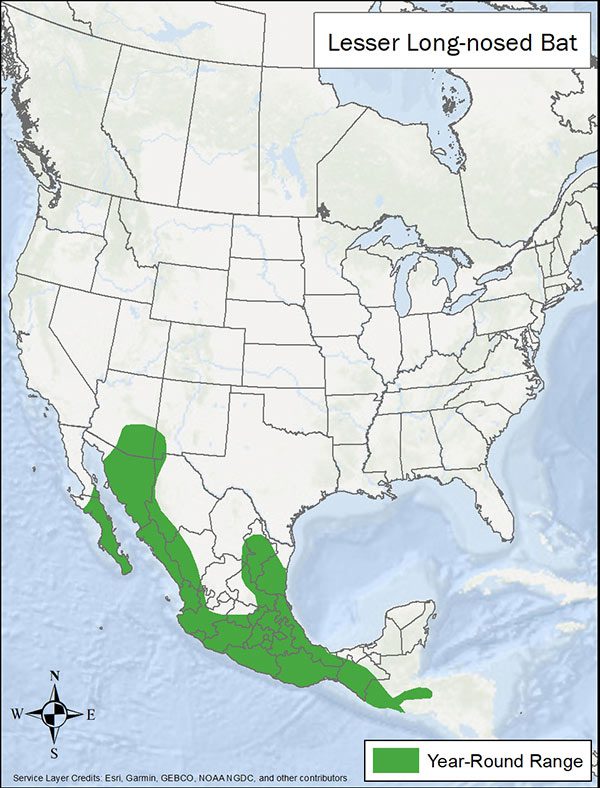