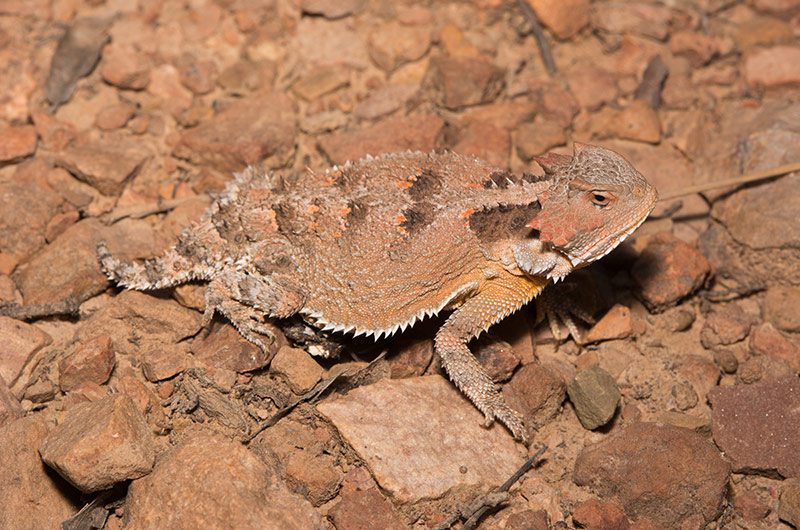 Greater short-horned lizard is a relatively small lizard (about 6 in/15 cm), with a broad, round, and flattened body with a short tail, less than 1/3 the body length. Adult females are larger than males. The back is spiny, with a single row of spines fringing each side of their body. They also have spines at the back of the head that are as wide as they are long.  The coloration and patterning vary across its range. They are generally gray or brown with small flecks of white or orange with several larger dark spots on the back. Greater short-horned lizards tend to be the color of the soil blending cryptically. The greater short-horned lizard is considered Endangered in Canada.

Greater short-horned lizards are found in Alberta and Saskatchewan, south through the western United States and into Mexico. They are the most widespread of all horned lizards. Lizards are active during warmer daylight hours and at surprisingly low temperatures in Canada.  They hibernate in shallow burrows, which can lead to winter mortality in northern populations. Greater short-horned lizards give birth to 5-36 young in July through September. Young as small as 0.9-1 in/2.3-2.4 cm in length. 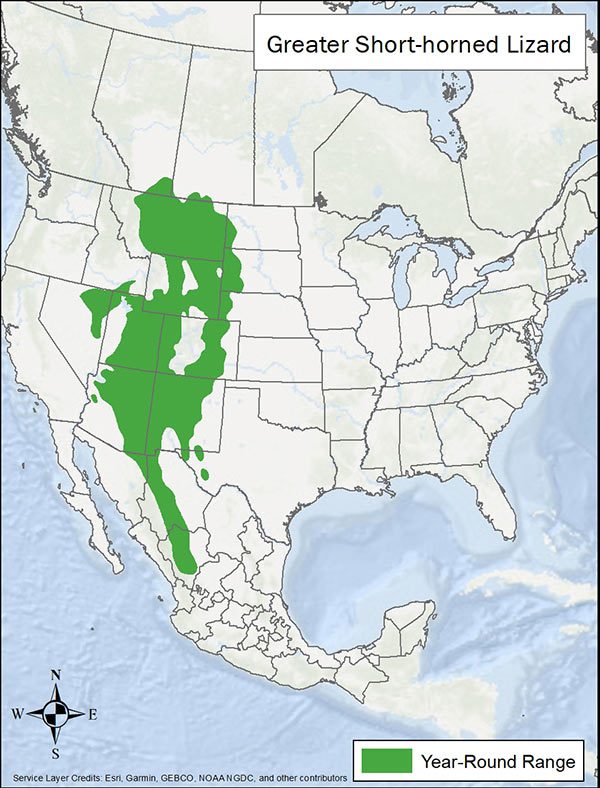 Maintain intact grasslands, shrublands, and other natural rangeland habitats. Weed control should take an integrated approach. Livestock grazing is compatible with greater short-horned lizard as this species prefers open grasslands and sparse vegetation. Watch out for greater short-horned lizards when driving as these lizards remain motionless when threatened, therefore, are easily killed by cars.

Avoid converting native grasslands and shrublands to cropland, oil and gas, and residential development. Avoid off-road vehicle use. Avoid collecting or letting others collect greater short-horned lizards.  As the lizards feed on insects, avoid use of pesticide and insecticide on rangelands.