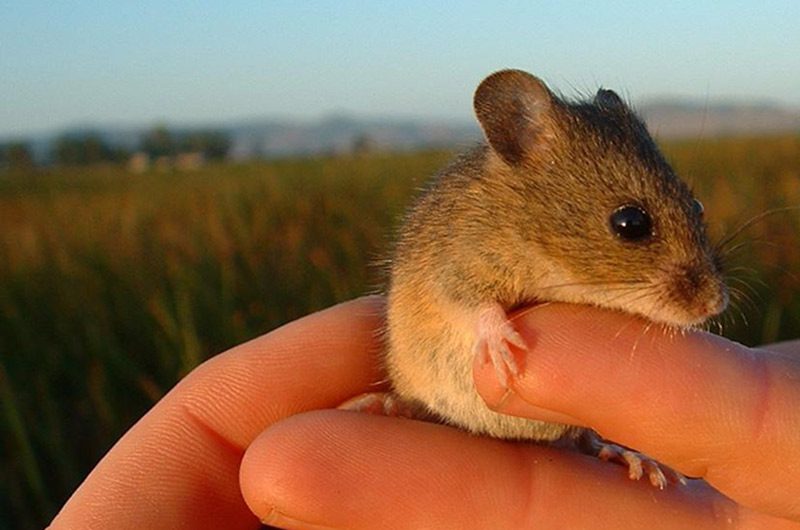 The salt marsh harvest mouse is well suited to tidal salt marshes as they can withstand high levels of salt in their food and water as well as having a strong ability to swim and climb.

Salt marsh harvest mice have two subspecies, a northern one found in marshes of San Pablo and Suisun Bay, and a southern one found in marshes of Corte Madera, Richmond and South San Francisco Bay.  They are known from several accessible public protected areas including San Pablo Bay and San Francisco Bay National Wildlife Refuges.   They are active year-round and primarily nocturnal making them somewhat hard to find. The salt march harvest mouse breeds in March through November with litters averaging 4 young.

The salt marsh harvest mouse is well suited to tidal salt marshes as they can withstand high levels of salt in their food and water as well as having a strong ability to swim and climb.

Salt marsh harvest mice depend upon tidal marshes along the central coast of California. Salt marsh harvest mice eat leaves, seeds, and stems of plants preferring fresh green grasses in winter and pickleweed and saltgrass the rest of the year.  These marshes ideally have dense stands of pickleweed with adjacent salt tolerant vegetation.  Nests are a loose ball of grass or sedge on the ground.  Adjacent areas are needed for salt marsh harvest mice to have places to go during extreme high tides and storms. 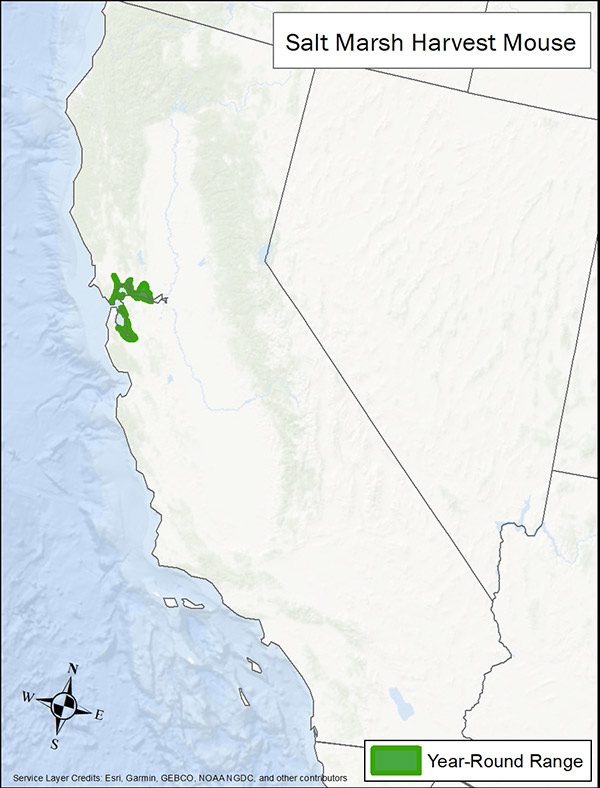 Avoid conversion and fragmentation of tidal marshes to cropland agriculture, urbanization, or aquaculture.  Avoid diking or other infrastructure that alters the hydrology, salinity, and connection to adjacent upland escape areas.