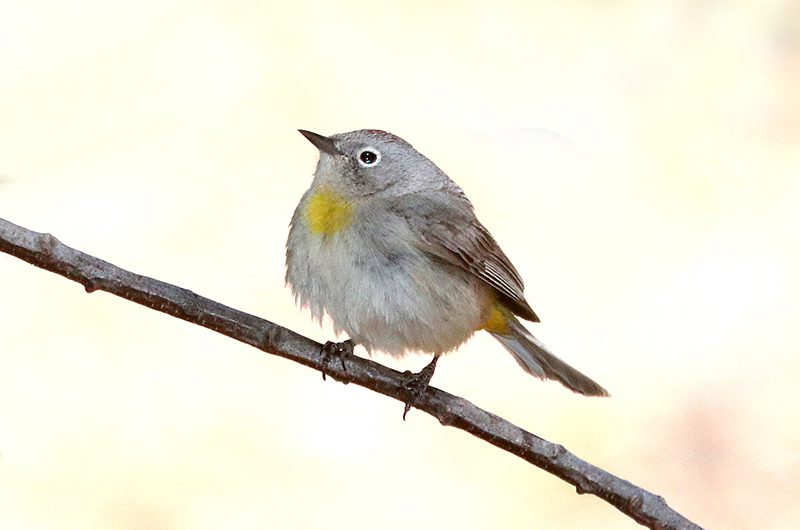 Virginia’s warblers are known for being shy and difficult to observe, but during the breeding season, look for them in pinyon-juniper and oak woodlands throughout the Great Basin and southwest U.S. You might notice them wagging their tails up and down or hopping around mid-canopy in the trees as they feed. Males attract females by singing a sweet warble that consists of slow and clear notes at the start with faster notes at the end of the song. In the winter, Virginia’s warblers can be found in mixed flocks with other warblers in the mountains of central Mexico in thorn scrub and tropical deciduous forests.

Virginia’s warblers breed in pinyon-juniper and oak woodlands (>5% tree cover), typically with a shrubby understory and often on steep slopes. A dense, tall shrub layer is critical for foraging and nesting, especially in forested habitat. They may also breed in other montane shrub habitats like mountain mahogany in southern Idaho and mixed conifer forests on the Mogollon Rim in Arizona. Typically, they are found in scrubby habitats in the northern part of their range and scrubby-conifer habitats in the southern part of their range. They nest in open shrub or woodlands, often within grass clumps surrounded by trees or shrubs for concealment. 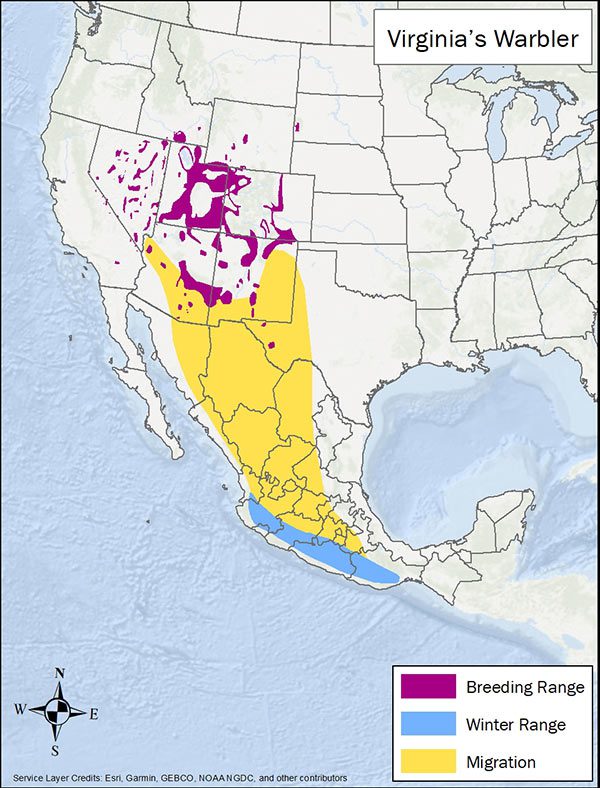 To promote habitat for Virginia’s warblers, maintain shrub cover and retain some patches that are too thick for livestock to penetrate. Protect shrub cover from prescribed burns, wildfires, or management actions that could significantly reduce cover.

Avoid shrub removal as it negatively impacts Virginia’s warbler by eliminating its nesting cover and foraging opportunities. Avoid controlled burning that removes most of the understory from pine-oak woodlands. Avoid the use of pesticides in nesting or foraging areas, especially during the breeding season.

Other species that may benefit from habitat management for Virginia’s warblers include juniper titmouse, pinyon jay, gray vireo, and gray flycatcher.

BirdLife International and Handbook of the Birds of the World. 2019. Bird species distribution maps of the world. Version 2019.1. Virginia’s warbler

The Cornell Lab of Ornithology, Birds of the World Virginia’s Warbler

The Cornell Lab of Ornithology. All About Birds Virginia’s Warbler