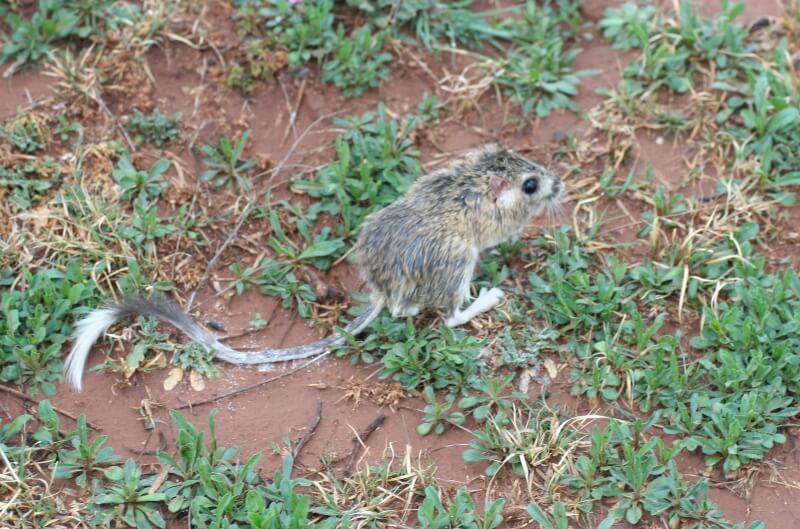 Texas kangaroo rats rarely need to drink water. They’re highly adapted to arid environments where standing water is scarce and get moisture from vegetation. They also have cheek pouches which they use to gather grass seeds and store them in their underground burrows to survive drought.

The Texas kangaroo rat is a relatively large rodent approximately 12.5 in/32 cm long, including a very long tail with a tuft of white hair at the tip. The coat is yellow-brown with interspersed black hairs and a white belly. They have characteristically large eyes, small ears, and very large back feet (almost 2 in/4.5 cm long). Their big feet, and ability to jump, gives them the kangaroo rat name. The Texas kangaroo rat is significantly larger than other species of kangaroo rats in its range. While the historical range included 11 counties in Texas and Oklahoma, they are now only found in 5 or 6 Texas counties and may no longer exist in Oklahoma. There are fewer than 100 known occurrences of Texas kangaroo rats, and fewer than 20 with good viability, and in 2011 was considered for a federal Endangered Species Act listing and found potentially warranted.

Texas kangaroo rats are nocturnal and spend days in underground burrows. Trails that lead to their burrows may be visible. Peak activity are 2-3 hours after dark and they may not be active at all during a full moon. Burrows are often at the base of mesquite plants in areas with plenty of bare ground. They reproduce throughout the year, raising 2-4 young per litter in underground nests. Most known colonies of Texas kangaroo rats are on private land.

Texas kangaroo rats rarely need to drink water. They’re highly adapted to arid environments where standing water is scarce and get moisture from vegetation. They also have cheek pouches which they use to gather grass seeds and store them in their underground burrows to survive drought. 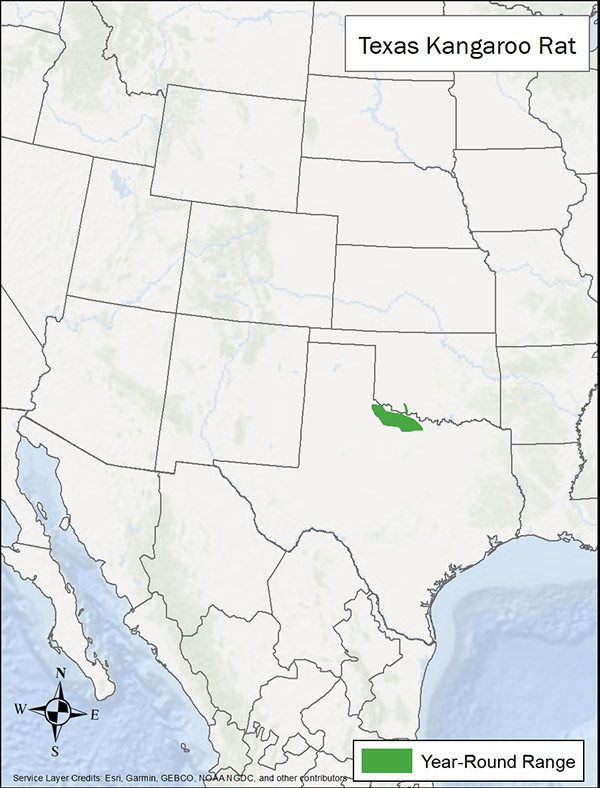 Texas kangaroo rats are an important prey species for snakes, coyotes, and badgers. They may also contribute to native grass growth through seed dispersal when seeds stored in underground burrows are left uneaten.