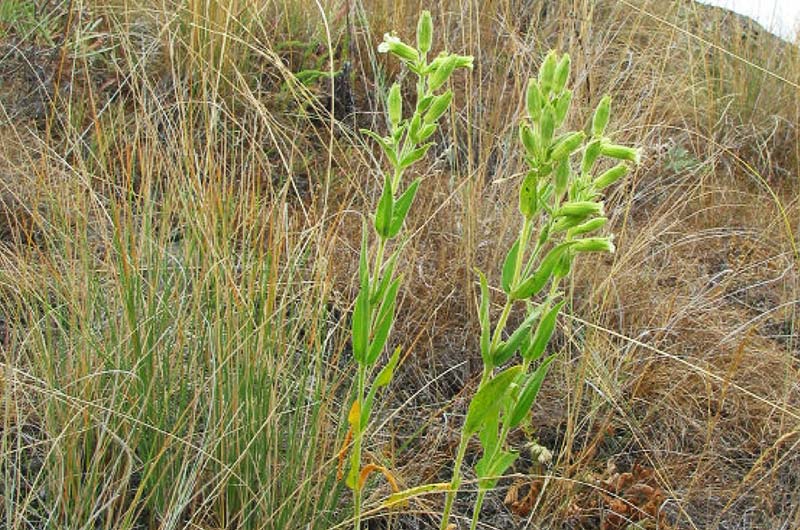 Spalding’s catchfly gets its name from abundant, dense sticky hairs on the stems and leaves that frequently trap dust and insects.

Spalding’s catchfly is an herbaceous, perennial plant and member of the carnation family.  Each plant has one to several stems that are 8-24 in/20-61 cm tall.  Each stem typically has 4-7 pairs of simple, opposite leaves with swollen nodes where the leaves attach to the stem. Spalding’s catchfly has a 3 ft/1 m long taproot. Three to 20 (sometimes over 100) flowers are arranged in a branched inflorescence at the top of the plant. The majority of each small, five-petaled cream-colored flower is inside a green calyx, or leaf-like tube.  Each fertilized flower becomes a cup-like fruit capsule with up to 150 seeds. A plant may have both flowers and mature fruit capsules at the same time. The species is listed as Threatened in the United States.

Spalding’s catchfly is endemic to the Palouse region of Oregon, Washington, and Idaho with some plants also found in western Montana and southern British Columbia. The plants typically bloom from mid-July through August with fruits maturing from August into September.

Spalding’s catchfly gets its name from abundant, dense sticky hairs on the stems and leaves that frequently trap dust and insects.

Since many of the Spalding’s catchfly populations occur on private land, landowners have an important role to play in the survival of the species. Maintain intact native plant communities as that will benefit Spalding’s catchfly.  Where habitat is degraded, restoration actions should be taken. Management should focus on sustainable livestock grazing through rotational grazing and ensuring wildlife grazing pressure is understood and accounted for in planning and management. Weed management should be an integrated approach so that herbicide use does not negatively impact native species. Prescribed burning may be helpful and should be done in collaboration with public land managers who monitor and manage Spalding’s catchfly. 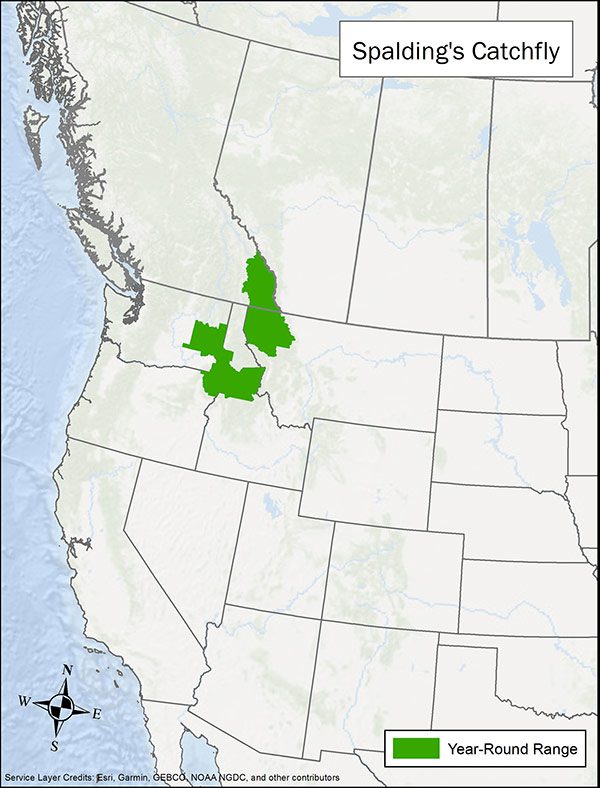