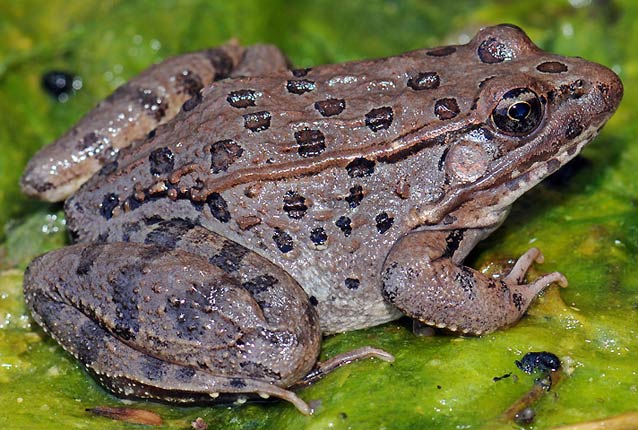 The lowland leopard frog breeds year-round.  Tadpoles can take a year or more to reach adulthood.

The lowland leopard frog breeds year-round.  Tadpoles can take a year or more to reach adulthood. 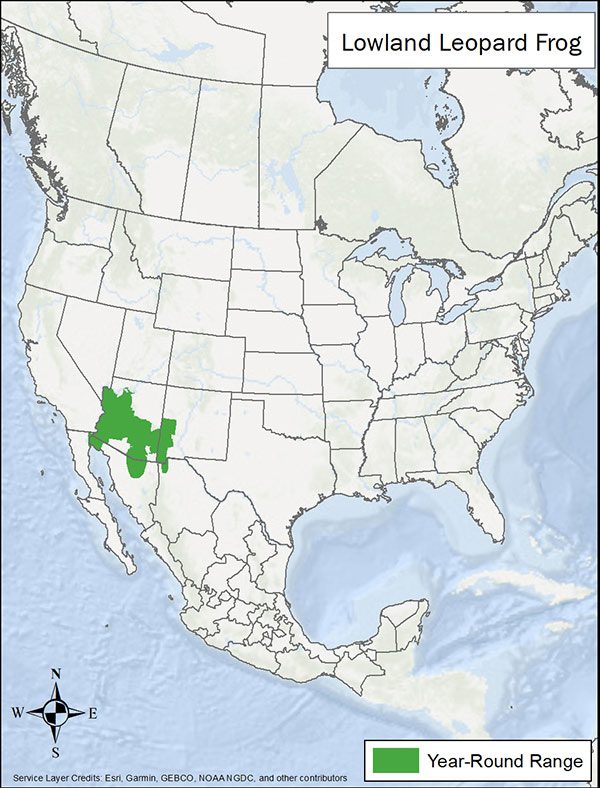 Avoid introducing nonnative aquatic species such as fish, crayfish, and bullfrogs as these species prey on lowland leopard frogs.  Avoid altering the hydrology of areas occupied by lowland leopard frog. Avoid collecting or allowing others to collect this rare frog.