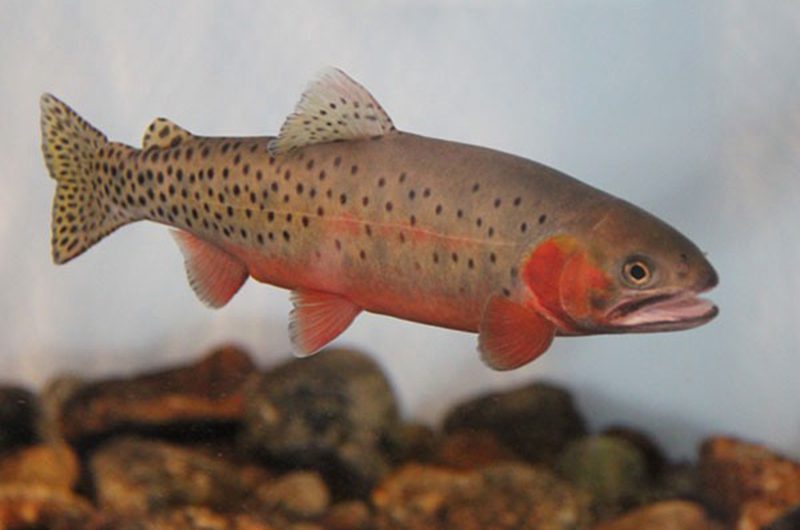 Cutthroat trout are freshwater fish native to western North America and named for the two prominent red slashes beneath the jaws. The color is typically bright red. Cutthroat trout are lightly spotted, with fins heavily spotted. They have elongated bodies, and typically length is several times the width of their bodies. Mature fish are 6-22 in/15-55 cm in length and weigh 4-100 oz/113-2835 g. At least 12 existing and extinct subspecies of cutthroat trout are known, although there is debate on the exact number. Each subspecies vary greatly in size and appearance.

Cutthroat trout are found in headwater streams across the western United States. Check with local Game and Fish Departments to find out where they are located. Inland populations spawn March-early July.

They are currently found in isolated headwater streams where hybridization with nonnative trout, especially rainbow trout, is controlled. Cutthroat trout are opportunistic feeders within and just downstream of riffles where aquatic invertebrates (mayflies, stoneflies, and caddisflies), small fish, and zooplankton are abundant. In fall and winter, deep pools that do not freeze and boulders for juveniles to escape predators are needed. Densities of cutthroat trout at a given location are primarily dependent on stream size and morphology, overwintering habitat, stream productivity, and hiding cover. 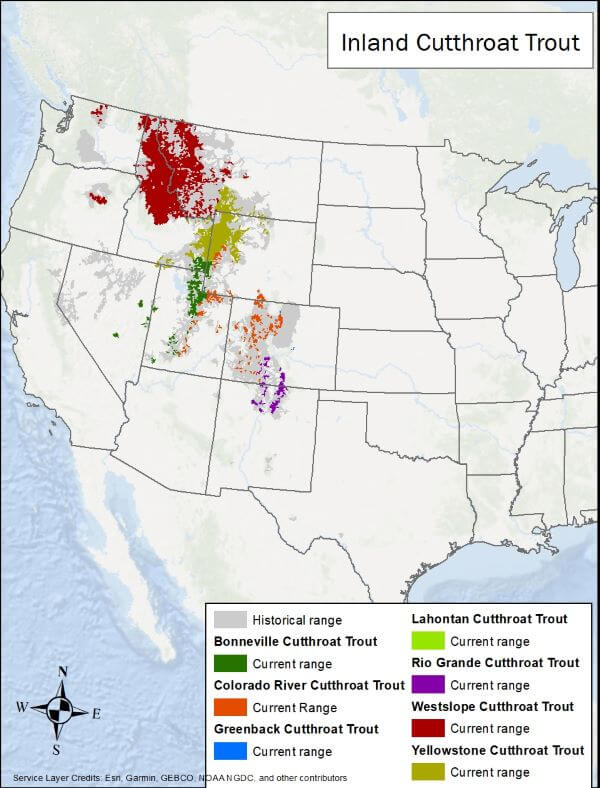 Range map provided by Trout Unlimited. Note: Historic range for all subspecies has been combined.

Managing for cutthroat trout habitat can benefit many other riparian and aquatic wildlife, including neotropical migratory birds.