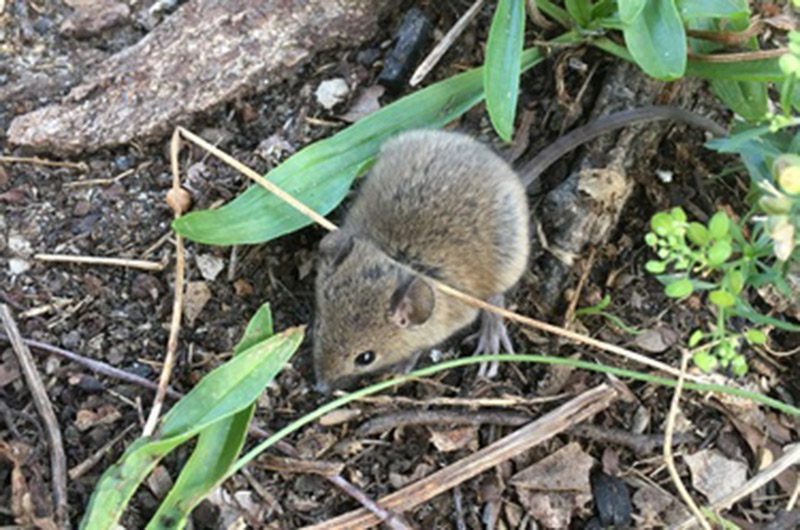 The eastern harvest mouse is a small mouse, 5 in/12.6 cm with a tail as long as the head and body. Its back is deep brown or gray with some black, usually with a dark stripe running down the back. The sides of the eastern harvest mouse are lighter in color.  The grayish belly is distinguished by a strong line on the sides.  Ears are blackish all over. The tail is bicolored matching the body, darker above and lighter below. Eastern harvest mice have grooved incisors similar to other harvest mice.

The eastern harvest mouse is found mainly in areas dominated by grasses and other herbaceous plants including abandoned fields, roadside ditches, wet bottomlands, marshes, wet meadows, and briar thickets. These mice require dense vegetation (>80% herbaceous cover).  They construct baseball-sized nests of shredded grass and other plant fibers on the ground in tangled vegetation, under debris, or above ground in a clump of grass. Eastern harvest mice eat seeds of forbs and grasses, and grain and to a lesser degree grasshoppers and crickets. 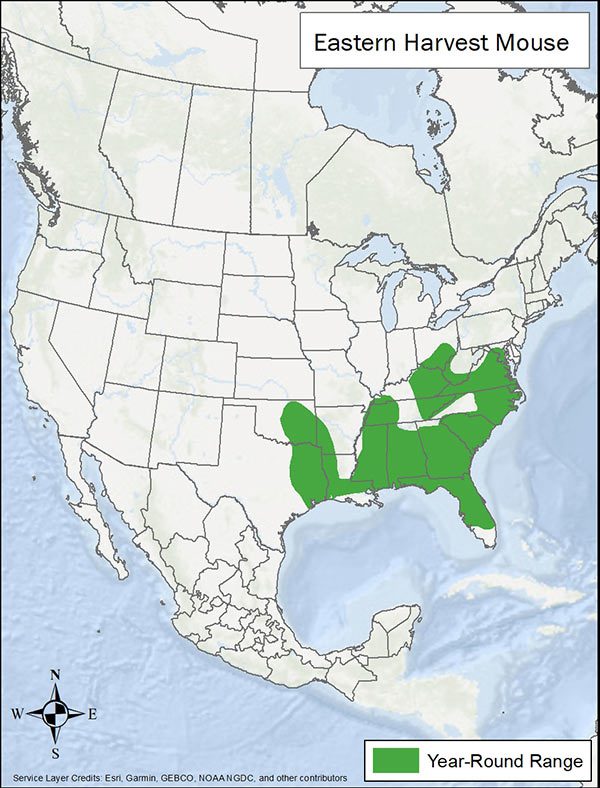 Eastern harvest mouse habitat can be grazed by livestock.  Rotational grazing may better provide areas of denser vegetation to persist that are needed for nesting. Eastern harvest mice will also take advantage of roadsides, old fields, and field edges that are not heavily grazed.

Avoid conversion of wet meadows, wetlands, and rangelands to cropland and residential development.  Avoid heavy grazing that removes all areas of dense vegetation.

Management for eastern harvest mice benefits other species that prefer dense vegetation as well as their predators, foxes, owls, and snakes.