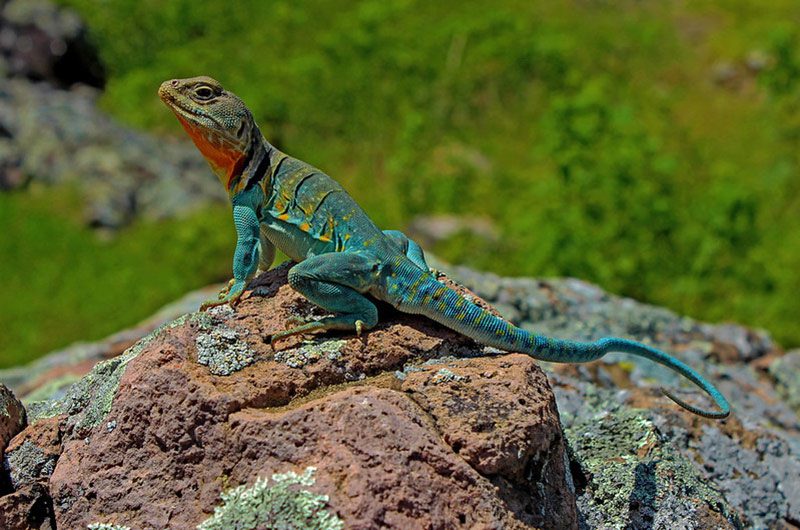 The eastern collared lizard is a colorful lizard also known as a mountain boomer. It is relatively large, 8-12 in/20-30 cm long, including the very long tail, twice the length of the body. Their heads are large compared to the rest of their body. Eastern collared lizards are known for a pair of black stripes, or collars, one thicker than the other, around their neck. The body of the male collared lizard is blue-green or green with bright orange and/or yellow spots or bands on the throat, face, and back, and a white belly (see photo). Females have more dull coloration.

Ideal Eastern collared lizard habitat is rocky areas (>20% rock cover) with sparse vegetation, including open woodlands, canyons, gullies, slopes, and mesa tops. They can also be found in abandoned rock quarries. Rock lookout perches taller than surrounding areas are necessary so the lizard can scan for predators and prey. 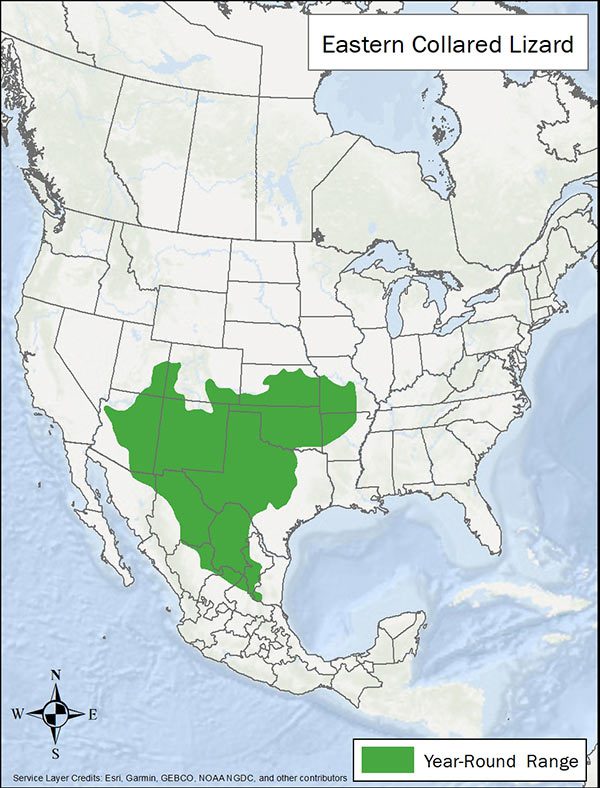 Maintain open areas of natural vegetation with rocky outcrops to support visibility for eastern collared lizards. Controlled burns can help maintain sparse vegetation and slow the growth of trees, including cedars, in their habitat.

Eastern collared lizards are threatened by habitat loss and degradation. Avoid fire suppression activities, which can result in an overgrowth of trees in their habitat. Another threat is the collection for the pet trade. Few wild-captured eastern collared lizards can survive in captivity. Avoid capturing them or allowing others to capture them on private property.

Eastern collared lizards eat almost anything they can fit in their mouths, including various species that may be considered pests to people, such as insects and spiders. They are also prey for other species, such as snakes, hawks, and roadrunners.