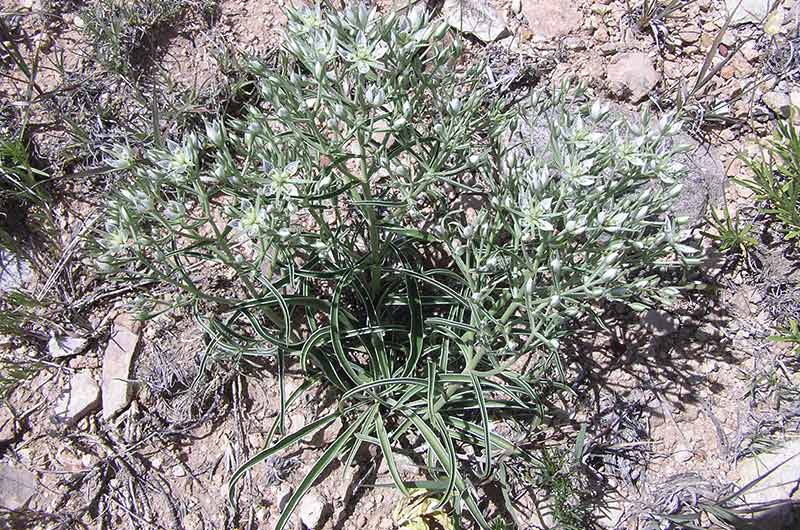 Colorado green gentian is a rather ordinary or drab looking plant compared to most gentians that are often showy with bright purple or blue flowers.

Colorado green gentian is an herbaceous perennial plant found only in southeast Colorado. The plant is 4-8 in/10-20 cm tall. The opposite leaves are thick, long and narrow with white margins. Before putting up a flowering stem, the plant appears as a rosette, a cluster of leaves close to the ground. The flowering stems are typically many branched with greenish or white four-petaled flowers with small purple spots on the upper surface of the petals.

Colorado green gentian is a rather ordinary or drab looking plant compared to most gentians that are often showy with bright purple or blue flowers.

Colorado green gentian is found on rocky or sandstone outcrops in shortgrass prairie, prairie breaks, or open pinyon-juniper woodlands. Presence of this gentian is associated with surface outcrops or shallow occurrences of Cretaceous rock formations including Greenhorn limestone, Graneros shale, and Dakota sandstone.  Plants are often found on low sandy, or sandstone breaks in grasslands, northerly aspects either between rocks or just below them on shallow slopes. 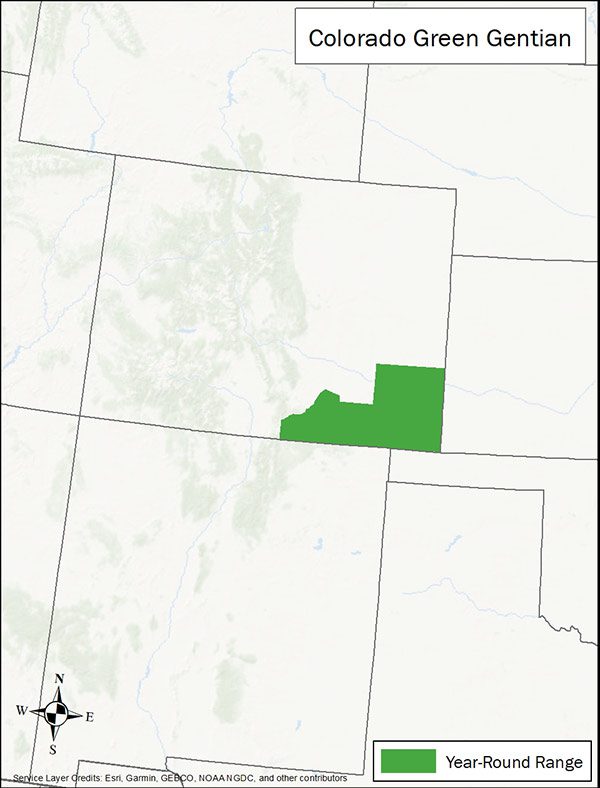 Since many of the Colorado green gentian populations occur on private land, landowners have an important role to play in the survival of the species. Maintain intact areas of sandstone outcrops within shortgrass prairie in southeastern Colorado. In areas where Colorado green gentian occurs, grazing season should be varied so that some plants can produce seeds annually.  Mid- to late-summer heavy livestock grazing may prevent plants from producing mature seed as plants are grazed and trampled. Weed management within and near populations of Colorado green gentian should take an integrated approach using minimum herbicide amount and mechanical treatments when appropriate to target weed species and minimize damage to the gentian.

Management for Colorado green gentian will benefit other species that rely on sandstone breaks in southeastern Colorado.