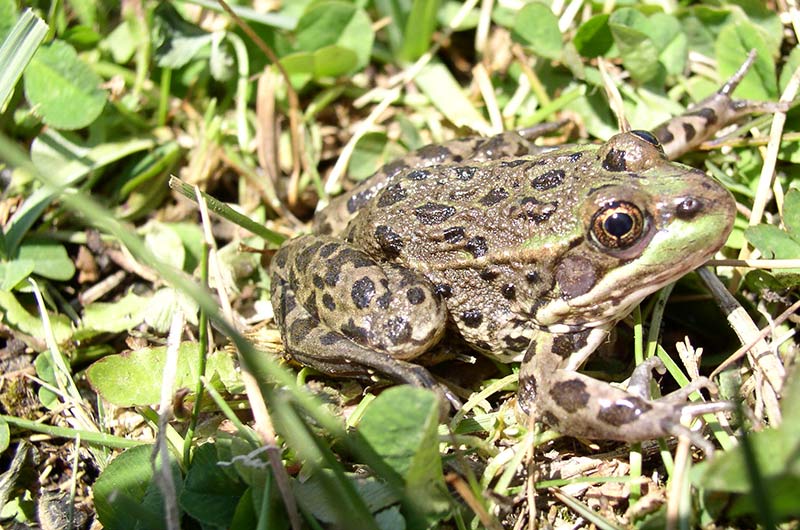 The Chiricahua leopard frog has a distinctive call that sounds like a snore for 1 to 2 seconds duration.

The Chiricahua leopard frog has a distinctive call that sounds like a snore for 1 to 2 seconds duration.  Here is a link to the call.

Not much is known about Chiricahua leopard frog habitat use, distribution or abundance in Mexico. 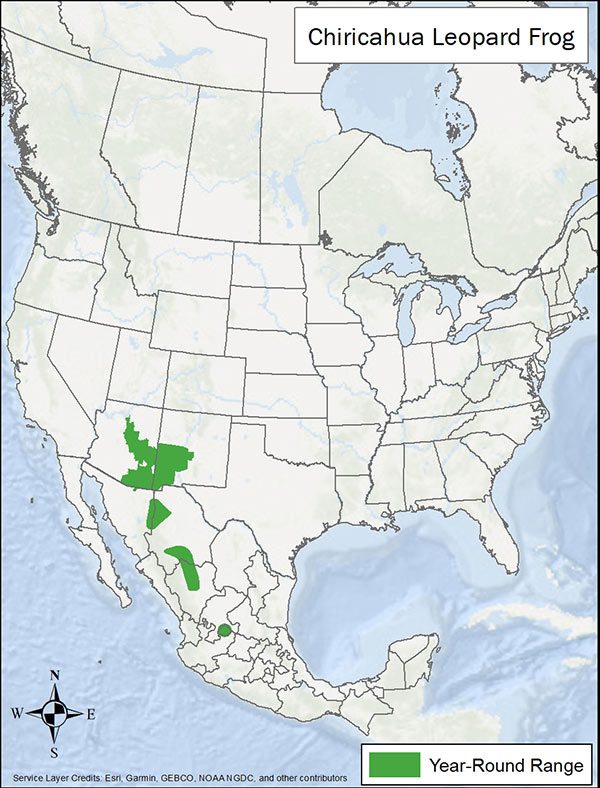 When done carefully, livestock grazing using rotational grazing systems can provide needed herbaceous cover in and around Chiricahua leopard frog habitat. Maintain or allow the introduction of beaver into Chiricahua leopard frog habitat.  Catastrophic wildfire is a threat to leopard frogs, so fuel management in the uplands can be beneficial. Drought can be a significant stress, especially during breeding and tadpole development if ponds dry out. Manage the uplands surrounding breeding ponds to provide shading and retain water within these systems. Allow reintroduction into historic range in areas where they have been extirpated.

Avoid introduction of nonnative aquatic species such as bullfrogs, tiger salamanders, crayfish as these species will prey upon Chiricahua leopard frogs.  Avoid altering the hydrology through new water diversions, stock pond development, or groundwater pumping. Avoid collecting or allowing others to collect this rare frog.