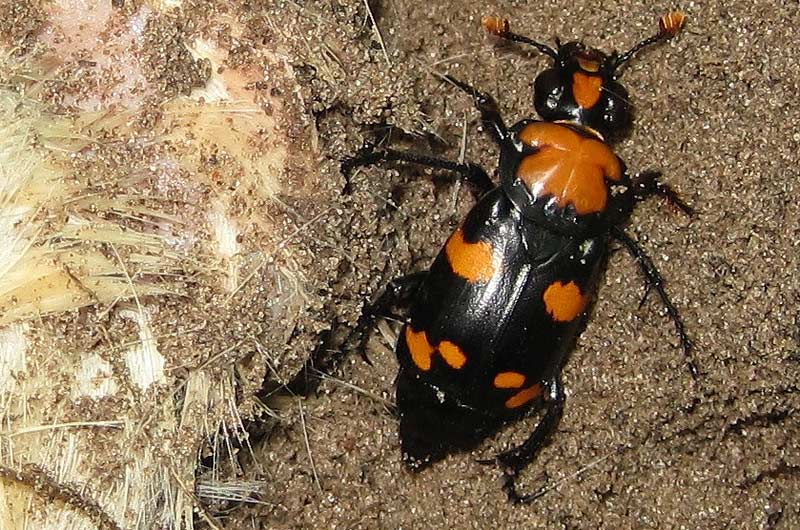 The burying beetle is most active at night. Beetles live for approximately a year and hibernate between late September to mid-May. Breeding occurs between May – June, and adults will bury carrion to feed their young and eliminate competition with flies and ants. The larger the carrion, the more numerous the offspring. Broods can be up to 30, with 15 on average. When beetles are not breeding, they feed on carrion and other live insects.

Habitats can be wet meadows, shrublands, grasslands, riparian zones, and forests. Soil type and temperature are important elements for the burying beetle as the species needs moist and non-compacted soil for burying carrion. Overall, beetle abundance is higher in environments that have a higher volume of small mammals. Warmer temperatures from climate change will speed up the decay of carcasses and limit the breeding season’s length. 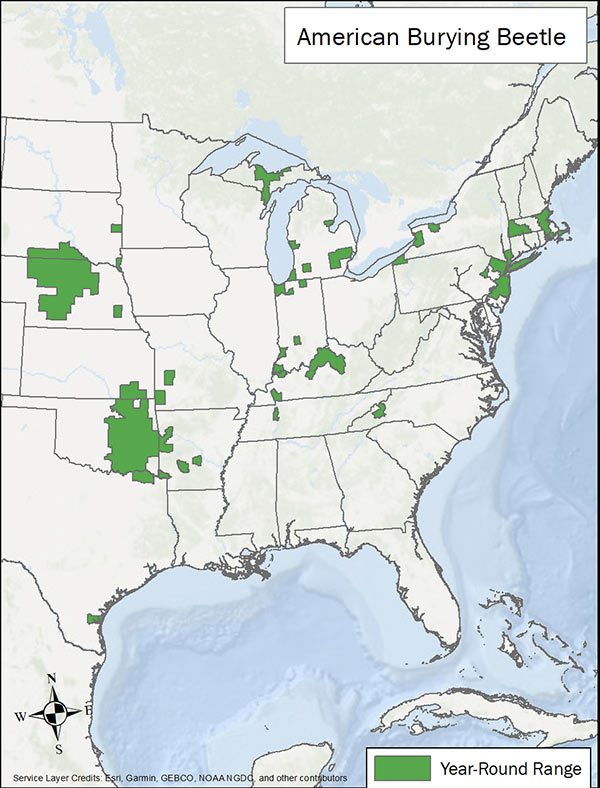 The development of natural areas that reduce the number of small birds and mammals is likely to reduce the availability of carrion to support burying beetle reproduction. Additionally, land use change and human encroachment can fragment beetle populations. Avoid the use of pesticides.

Burying beetles are efficient nutrient recyclers and can keep fly and ant populations in check. Management actions that support native birds and small mammals are likely also to benefit burying beetles. Predators of the American burying beetle include skunks, crows, raccoons, and coyotes.