The LandPKS app helps users make more sustainable land management decisions by allowing them to collect geo-located data about their soils and vegetation using several modules. It then provides users with information about their site. It also provides free cloud storage and sharing, which means that you can access your data from any computer from our Data Portal at https://landpotential.org/data-portal/ . The LandPKS app does not require a data connection to be used, and users can upload their data when they have connectivity. The LandPKS app currently includes two modules: LandInfo and LandCover.

The LandInfo module makes site and soil characterization fast and easy! The app walks the user through how to hand texture their soil, and document other important site characteristics. Version 3.2 includes the new Soil Color function, which allows the user to determine the color of their soil sample by taking a photo of the sample next to a reference card.

This version also includes the new Land Capability Classification (LCC) results in the Report page. LCC classifies the land into 8 different classes based on sustainable production potential based on Slope, Soil Texture, and Soil Limitations. This can be used for land use planning and land management.

The LandCover module is a simple tool for rapidly collecting and recording vegetation cover using a 1 meter or yard stick. The module walks a user through collecting vegetation data using a point-intercept method at 5 points at 20 locations in each plot. Cover results are automatically calculated on the phone and delivered to users as simple graphs, including cover trends over time.

Learn more about the LandPKS app on the LandPotential.org website. Training resources, including guides and online trainings, are also available on the website.

The LandPKS app was developed by USDA-ARS in collaboration with CU Boulder and NMSU with support from USAID, BLM and NRCS. 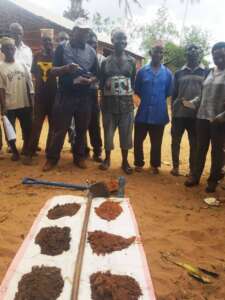 The LandPKS team spent three days last week in Kisarawe District, Tanzania training and testing the new Land Capability Classification (LCC) function of the LandPKS app.  The LCC classifies the land into eight classes (from prime agricultural land to land that would be better used for livestock, wildlife conservation, or forestry) based on the potential productivity of the land.  The class is determined by slope, soil texture, and seven different soil limitations such as soil depth, permeability, flooding, etc.  We were joined in Kisarawe District by staff from Tanzania’s National Land Use Planning Commission (NLUPC) as well as Kisarawe District staff including land use planners, agricultural officers, and livestock specialists. 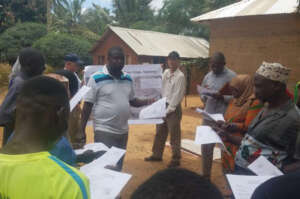 Photo 2: Dr. Charles Mkalawa with the NLUPC leading the LandPKS training with the village government and local farmers.

We spent three days in the Kisarawe District, which is a rural area just outside of Dar es Salaam, the largest city in Tanzania.  On the first day, everyone visited the nearby village of Mtamba and the LandPKS team trained the national and district level staff, alongside local village government officials and farmers, on how to use the LCC function within the LandPKS app.  We also discussed how the LCC can be integrated into land use planning to better match the land use with the land capability.  On the second day, we visited the villages of Masanganya and Marumbo in the Kisarawe District.  Dr. Charles Mkalawa from the NLUPC conducted the training with the village governments and farmers on the second day.  On the third and last day, we visited Mhaga, and the staff from the NLUPC and Kisarawe District conducted the entire training!  It was excellent to see how quickly the staff understood the LCC function and the LandPKS app and were able to train others within three short days.  The staff is now well trained to help others learn how to use the LandPKS app for biophysical characterization of the land for land use planning.  All of us at the LandPKS team were very impressed and the NLUPC and Kisarawe District staff are looking forward to future collaborations and implementation of the LandPKS app for land use planning efforts in Tanzania and beyond.

Photo 3: Staff from the Kisarawe District leading the LandPKS training.

The LandPKS app is free to download for both Android and iOS.  Learn more about the LandPKS app on the landpotential.org website.  Training resources, including guides and online training, are also available on the website. The LandPKS app was developed by the LandPKS Team for the Land-Potential Knowledge System (LandPKs) with support from USAID and USDA-ARS. 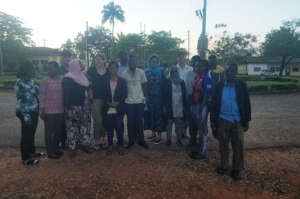 Photo 4: The LandPKS Team, NLUPC Staff, and Kisarawe District Staff as the sun was setting on our third day in Kisarawe.