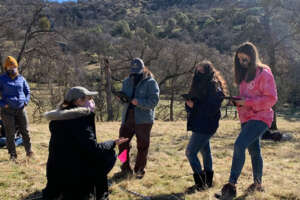 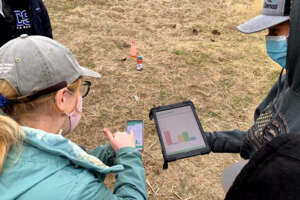 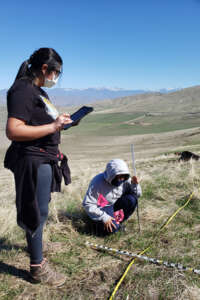 Like many of us around the world impacted by COVID-19, the LandPKS team is adapting to our new circumstances of working and learning from home. In an effort to make a small contribution to assist those looking for at-home resources for the whole family, LandPKS is starting a video series for learners of all ages. In the video series, you can discover how to use LandPKS to better understand the land around where you live, keep records, and monitor changes in soil health and vegetation.

We hope these videos can help support distance learning for students of all ages, families, and teachers during this time. The video series will encourage exploration and hands-on learning with the LandPKS mobile app. Just like the LandPKS app, the videos are designed to be used anywhere in the world.

The first video in the series explains why soils are important and how to use LandPKS to identify your soil texture. The video also demonstrates how to find out what types of soil are near your location or a location anywhere in the world. You can watch the video on the LandPKS YouTube Channel.