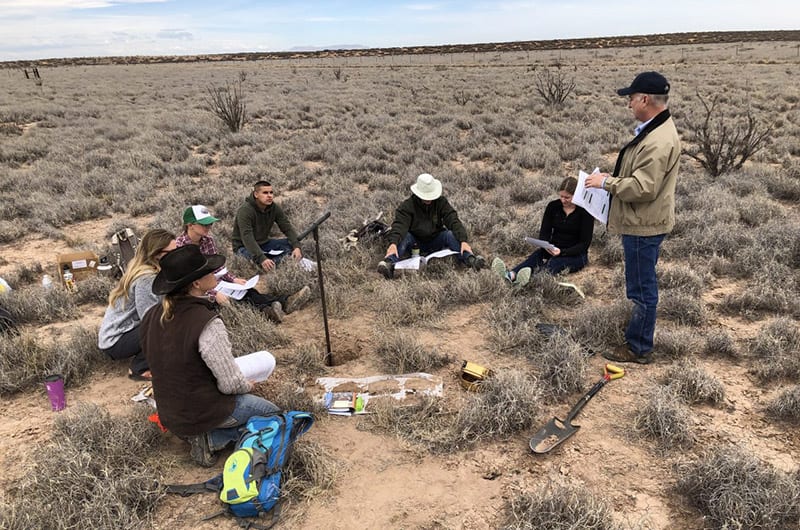 LandPKS leads a field demonstration at the Jornada Experimental Range.

On March 7th, the LandPKS Team hosted a LandPKS Field Day at the Jornada Experimental Range, just outside Las Cruces, New Mexico, USA. The Jornada Experimental Range has served as a field research laboratory since 1912 for long term agricultural and ecological research. The first goal of the field day was to have the LandPKS team go through the entire LandPKS app – including both current and future modules and features. In addition, the second goal was to obtain feedback from specialists and technical experts outside the core LandPKS team. Joining the team for the field day was ecologist Laura Burkett, biological science technician Kirsten Romig, post-doctoral researcher Erica Christensen, and Science Education Specialist with the Asombro Institute of Science Education Ryan Pemberton.

LandPKS soil and range experts Shawn Salley and George Peacock led the group through the existing LandInfo and LandCover modules within the LandPKS app. These two modules are designed to walk the user through collecting soils and vegetation data. We also used and collected feedback on the soon-to-be released SoilID feature that matches the user’s soil inputs with soils mapped in the same area. George Peacock also walked the group through the SoilHealth module that is in development and next on our list to be programmed into the app. 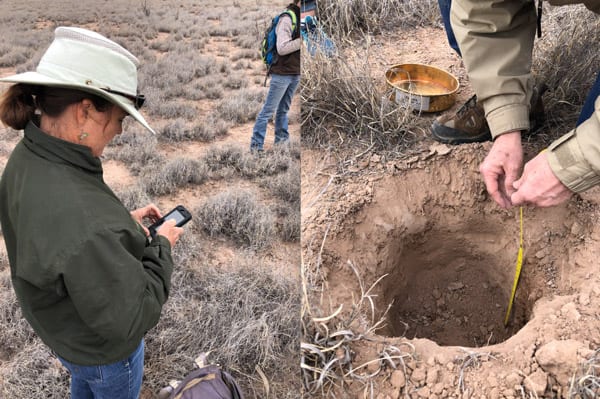 Due to the afternoon wind and dust storm which is typical for this time of year in Las Cruces, after a picnic lunch we finished the day at the Jornada Experimental Range headquarters where Amy Quandt led the group through the soon-to-be released LandManagement module. This module aims to provide farmers with an easy record keeping tool to manage their farm inputs and outputs. We finished the day with a feedback session to discuss possible future revisions to the LandPKS app.

The LandPKS app is free and available on the Google Play Store and iTunes Store. The LandPKS app was developed by the LandPKS Team for the Land Potential Knowledge System (LandPKS) with support from USAID and USDA-ARS. Please contact us with any questions, comments, or feedback. 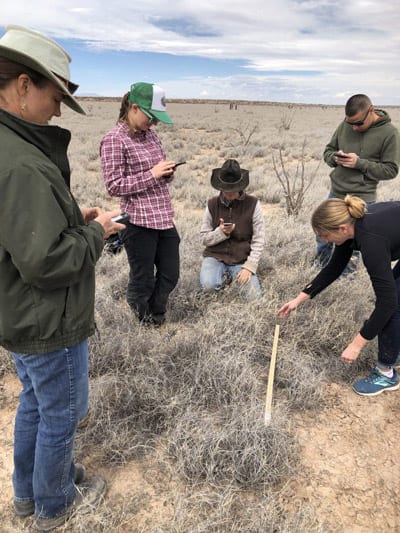 Amy Quandt walking the group through collecting vegetation information with the LandCover module.