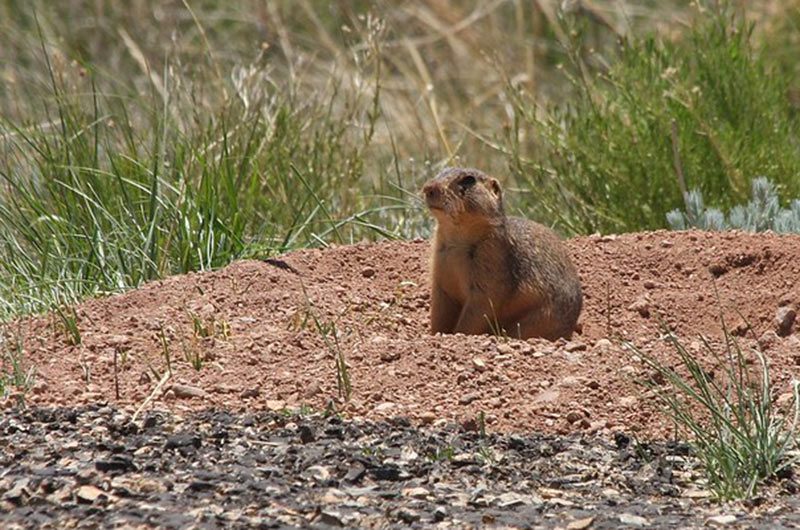 Gunnison’s prairie dogs are stout, burrowing rodents in the squirrel family, found only in four U.S. states (Colorado, Utah, Arizona, New Mexico). Adults are 12-15 in/30-38 cm long and weigh 1.4-2.6 lbs/0.6-1.1 kg. Their coat is yellowish buff with some interspersed black hairs, and the tops of their heads, cheeks, and eyebrows are a darker color. They have short tails with grayish-white tips. Gunnison’s prairie dogs are estimated to currently occupy 5% of their historic range.

Gunnison’s prairie dogs are daytime burrowers and can be seen near burrow entrances. Unlike the black-tailed prairie dog, they hibernate during winter, which may last from October to March. In spring and summer, they are most active in early mornings and late afternoons. With 50-100 individuals in a colony of less than 10 acres, Gunnison’s prairie dog colonies are much smaller and more dense than other species of prairie dog, which can average 1.4-12 individuals per acre across thousands of acres. 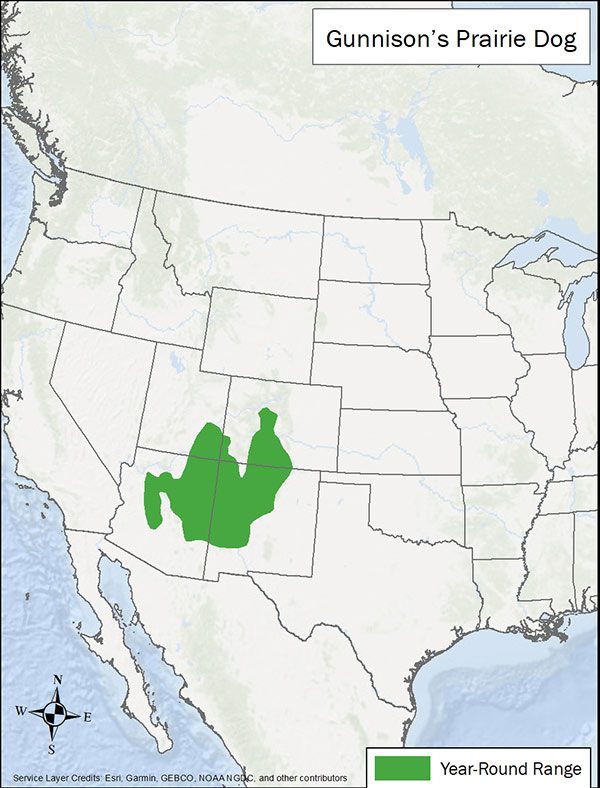 Preserve and maintain open native grasslands and montane meadows. Gunnison prairie dog colonies are usually small, less than 10 acres, which can be compatible with large livestock operations. Gunnison’s prairie dogs, especially populations in moist, montane areas, are also threatened by sylvatic plague, which can quickly eliminate entire colonies. Unlike other species of prairie dogs, Gunnison’s prairie dog populations experience little to no recovery after colony die-offs, likely because colonies are smaller and more isolated from one another.

Gunnison’s prairie dogs are considered a keystone species. The federally endangered black-footed ferret depends on prairie dogs for 95% of their diet. Many other species depend on the prairie dogs for food and for their burrows including burrowing owls, ferruginous hawks, red-tailed hawks, bobcats, and coyotes.