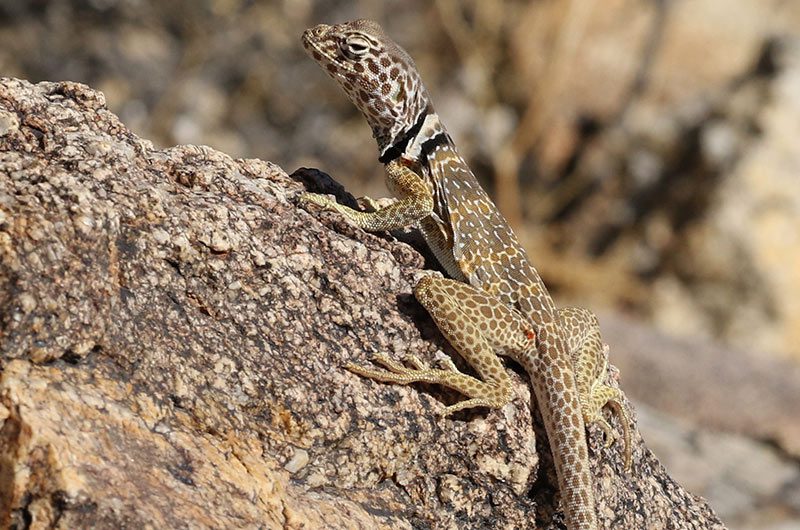 Collared lizards are one of the only lizards that can run using only their hind legs. They are fast with strides up to three times their body length.

The Great Basin collard lizard, also called Mojave black-collared lizard is 2.5-4.5 in/6-11 cm long with a large, broad, white head with brown spots and a long tail. They have two distinct black collars separated by a white band around their necks and mostly white undersides. Their backs are light tan to gray or reddish brown with fuzzy lighter crossbands.  Adult males are green, tan, or olive with many white spots, while females are less colorful. Their legs have yellow spots, and the back legs are relatively large.

The Great Basin collared lizard is found in arid and semiarid regions of the Mojave, Sonoran, and southeastern Great Basin within the United States. During the winter season, the collared lizard is inactive. During the active months, these lizards spend most of their time in rocky areas seeking shade and protection from predators. They are active during the daytime and very heat tolerant. They are likely to be seen basking on top of small rocks.

Collared lizards are one of the only lizards that can run using only their hind legs. They are fast with strides up to three times their body length. 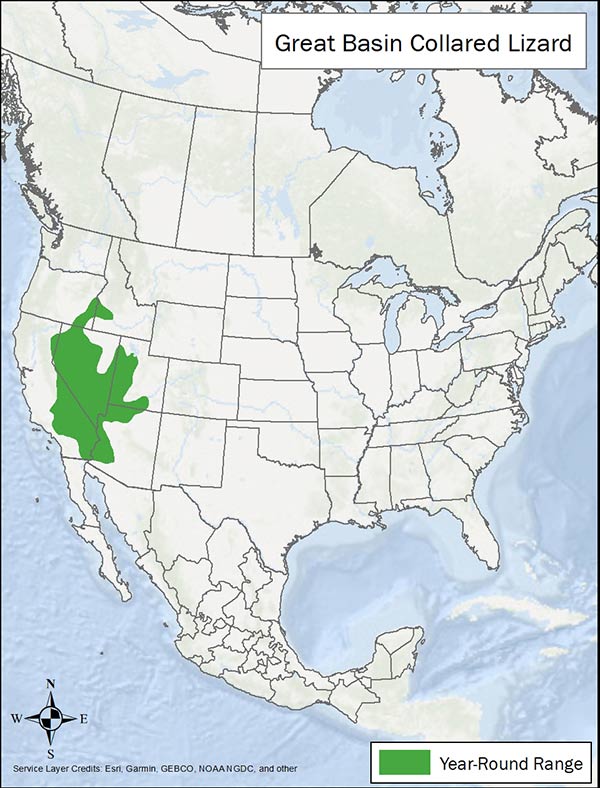 Maintain rocky areas within sagebrush shrublands and deserts in Great Basin collared lizard habitat. Well-managed livestock grazing is compatible with lizard habitat needs as they do not require specific vegetation cover. In order to provide appropriate habitat for their prey, invasive species should be managed using an integrated approach.

Other lizard species and desert species, including their predators, loggerheaded shrike, hawks, and coachwhip snakes, will benefit from habitat management for Great Basin collared lizards.