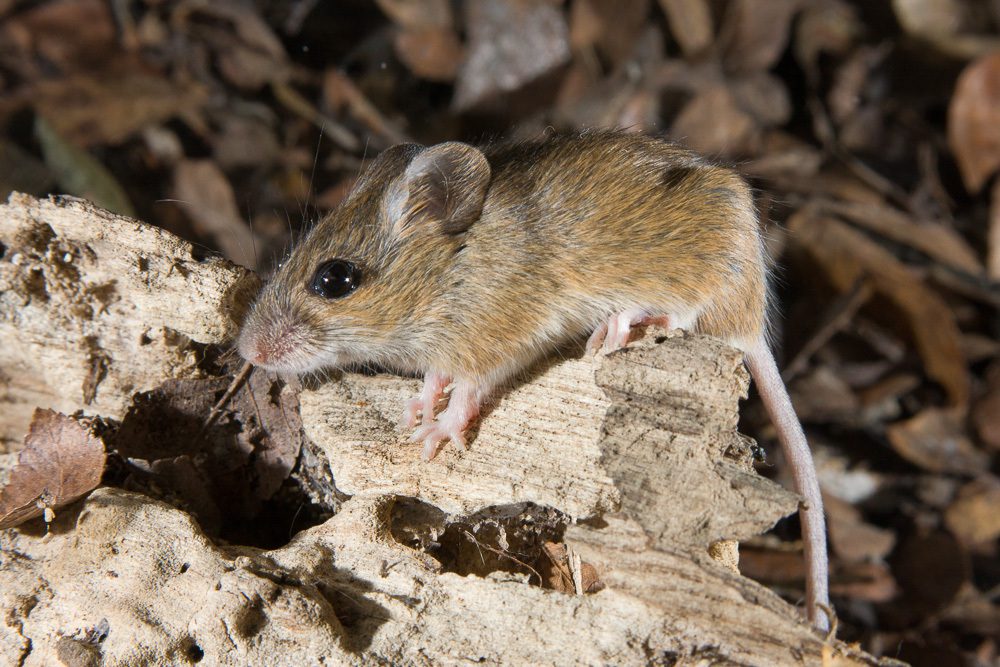 Fulvous harvest mice nests are usually built 1-3 ft/30-91 cm above the ground often in bushes. These nests can be converted bird nests or created by fulvous harvest mice. The baseball-sized nests are composed of shredded grass and forb stems with one opening.

Fulvous harvest mouse is small, 6 in/16 cm with the tail more than half the length and weighing 0.5-1 oz/14-30 g. Inside of the ears are covered with reddish hair.  The back of mouse is reddish-buff with some black, sides lighter buff, and undersides pale buff or white. The tail is lighter color on the bottom compared to the top matching the body coloration. Fulvous harvest mice have grooved front incisors as do all harvest mice. The young are gray and lack tawny sides.

Fulvous harvest mice nests are usually built 1-3 ft/30-91 cm above the ground often in bushes. These nests can be converted bird nests or created by fulvous harvest mice. The baseball-sized nests are composed of shredded grass and forb stems with one opening.

Fulvous harvest mouse prefers grassy areas (>60% herbaceous cover) containing scattered shrubs (>5% shrub cover) or shrubby trees.  They are also found in creek bottoms with tangles of grasses, vines, and bushes.  This mouse eats forb and grass seeds, invertebrates and soft parts of green plants.  In Texas, fulvous harvest mice are found in riparian woodlands as well as desert scrub dominated by mesquite. They will feed on the ground or up to 3 ft/1 m high in vegetation. In Mexico, fulvous harvest mice are found in grasslands, rocky outcrops with patches of scrub, and pine-oak forest.  Dense vegetation is required to hide the nests in tall grasses and shrubs. Fulvous harvest mice will live in underground burrows as well as nests in bushes above the ground.

Avoid conversion of highly productive and dense grasslands and shrublands to agricultural croplands and residential development. Avoid mowing all areas of dense vegetation.