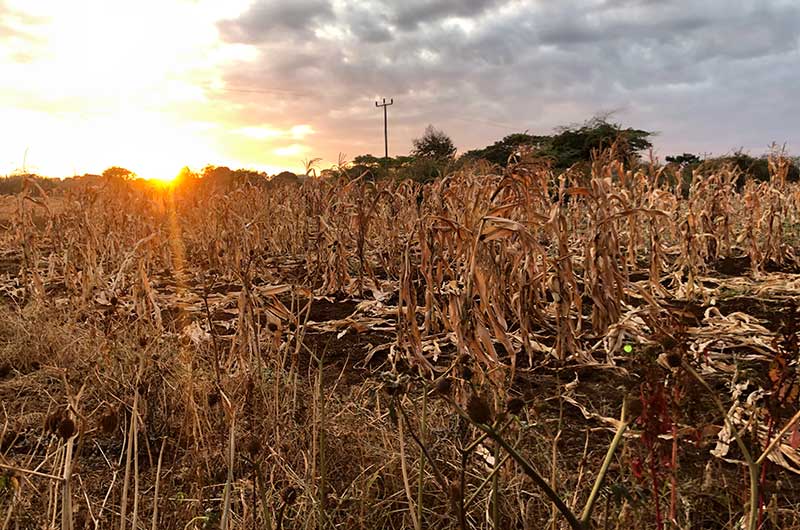 Elders and government officals in Lyamgungwe, Tanzania use LandPKS to compare the soil of two corn fields and explore local perceptions of the land potential of each location.

How do local perceptions of land potential compare with soil types and textures measured with LandPKS? 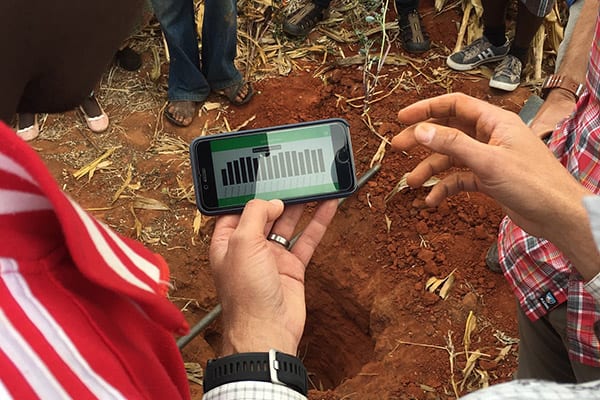 That is what we set out to figure out in the rural village of Lyamgungwe, Tanzania. We asked the village government officials and elders to identify two locations within their village: one with a soil that is highly productive and does well-growing maize, and one with a soil that is not very productive and where farmers have a hard time growing maize. The results were quite dramatic and the local perceptions were supported by LandPKS. The locally perceived productive soil was a Sandy Clay Loam until about 20cm depth where it turns into a Sandy Clay, and then a Silty Clay after 50cm. The locally perceived unproductive soil was a Clay for the first 20cm, then a Sandy Clay Loam, and a Loamy Sand after 50cm. 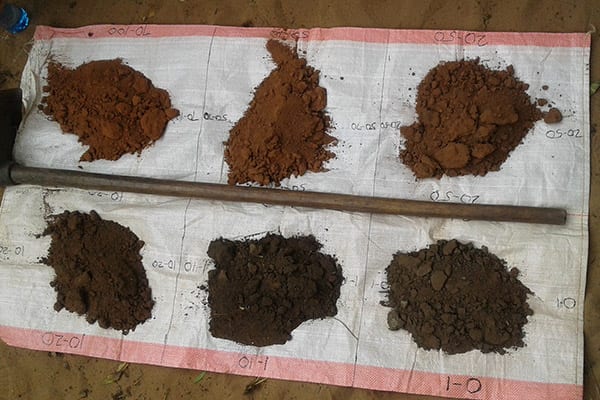 LandPKS results showed that the first soil can hold a lot more water (X vs Y cm in the top 70cm). Future LandPKS interpretations would also indicate that the first soil also has a higher potential infiltration, so it should be able to capture more water before it runs off. This type of information can be used to decide which land to – and not to – cultivate, which can help with land use planning for both agriculture and conservation.